Dodge Daytona Sound is "Not Done" According To CEO


The Daytona's sound is apparently still a work in progress according to Dodge CEO Tim Kuniskis. 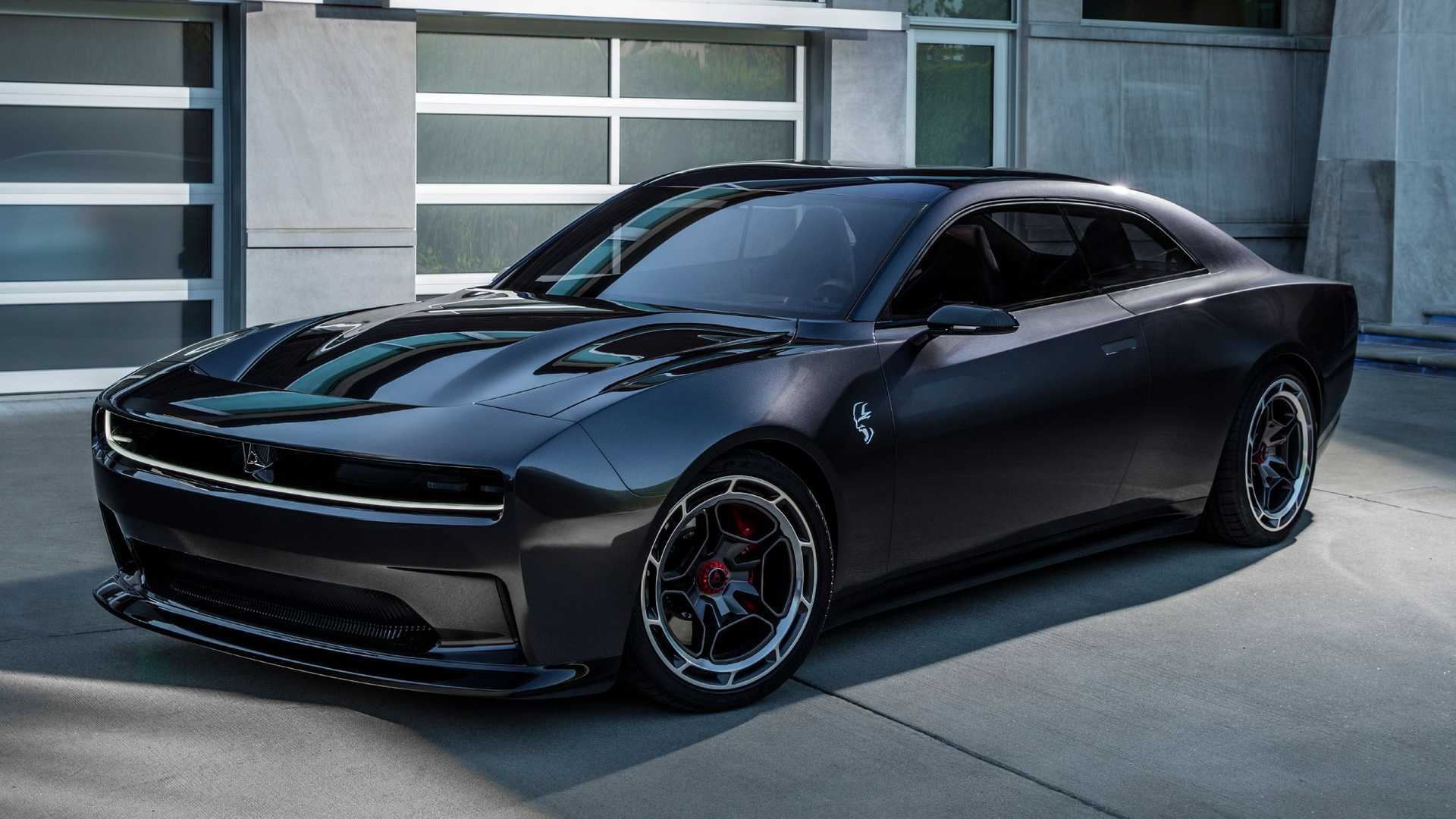 Dodge CEO Tim Kuniskis revealed that the automaker is continuing to tweak the sound of the Dodge Charger Daytona SRT's unique exhaust system.

The sound that Dodge touted with its Charger Daytona SRT concept isn't finished. Brand CEO Tim Kuniskis revealed on a recent episode of Autoline After Hours that the automaker continues to tweak and fine-tune the sound of the car's Fratzonic exhaust system.

Dodge created an algorithm that moves air through a speaker box with chambers, plenums, pipes, and an exhaust outlet that comes out the back of the vehicle. "Air coming out the back of the car was important," Kuniskis said about the design. He makes the comment at 15:30. The video starts at the 14-minute mark.

Joined 2 mo ago
·
13 Posts
I sure do hope "Fratzonic Delete" in an option when ordering. At the very least, it kicks no messages when you remove the entire system.
B

Joined 3 mo ago
·
34 Posts
Yeah, I'm really gonna have to hear this in person both inside and outside before making a decision...

Joined 3 mo ago
·
45 Posts
So apparently theres going to be 9 different power levels available on the Daytona and each level will have its own sound. 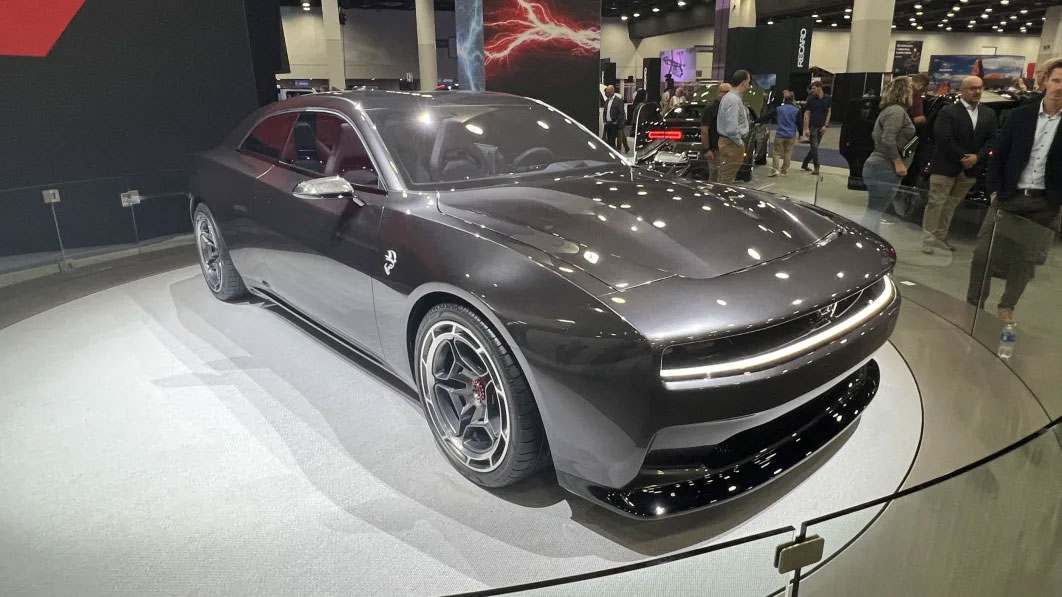 On top of that, each of the nine power levels will come with a different sound profile run through the Fratzonic Chamber Exhaust.
B

PlumCrazy said:
So apparently theres going to be 9 different power levels available on the Daytona and each level will have its own sound.

On top of that, each of the nine power levels will come with a different sound profile run through the Fratzonic Chamber Exhaust.
Click to expand...

So long as the "maximum mojo" setting sounds like a Hellephant, we're golden!
B

Joined 2 mo ago
·
13 Posts
Seems like they are just throwing away a lot of money developing whatever this is. Wish they would put the money into something more useful instead, like this.

BigDaddyEureka said:
So long as the "maximum mojo" setting sounds like a Hellephant, we're golden!
Click to expand...

It's really too bad they didn't go with 11 options, it'd be worth it just for the joke.

Joined 3 mo ago
·
45 Posts
The sound for the Daytona has been changed many many times according to Kuniskis.

Dodge CEO Knows You Don't Like Its EV "Exhaust" Note

Tim Kuniskis says the team is still working on the sound.

Speaking to Motor Trend at last month's Detroit Auto Show, Kuniskis said that the sound of the system wasn't well-represented at the reveal event. The Fratzonic system uses an amplifier that plays synthesized sounds created by Dodge through a "tuning chamber" to increase volume and modify the tone. In an interview with CNBC after the reveal, Kuniskis compared the system to a pipe organ. He now tells Motor Trend that the sound is hard to record, so the car has to be heard in person.

Dodge originally planned to mic up the exhaust for the live event, but as the PA system used was tuned for human voices, Kuniskis said it wouldn't sound quite right. So people who saw the in-person debut of the Charger Daytona SRT concept got to hear the actual Fratzonic system (in prototype form), whereas online, we're hearing whatever room and lavalier mics Dodge set up for the livestream, and video captured by attendees on their phones. Kuniskis said that you need to hear the car as it moves through a space.

"I wanted people to hear the sound as it drove by," he told Motor Trend. "It was important to make sound with the movement of air, not with some speakers." A slightly odd statement given that the Fratzonic system almost assuredly uses speakers to produce its claimed maximum volume of 126 decibels.

There is no doubt that some things sound better in person than in recording, but I don't think Kuniskis would be talking about microphones and PAs if Dodge had just revved a real V-8 a couple of times in the same room. In any event, Kuniskis said that Dodge is still working on the sound of the system. "Did we crack the code on wide-open motors? Not yet. But we've got two years," Kuniskis said. "We have changed the sound of that car 1000 times and we will continue to."

I can't help but suspect that it's not the sound itself that's the main issue here—it's more of the inauthenticity of it all. Dodge can talk all it wants about creating a resonance chamber, but the sound that's entering that resonance chamber is synthesized. It has to be. This is Dodge trying to cling on to its past—the main thing that sells its muscle cars—while its hand is being forced into making EVs.
W

Joined 2 mo ago
·
13 Posts
I wonder how many people they are paying to come up with this "perfect sound." Also, how much? Can I apply? Reminds me of the "if you ever feel useless" memes...